Another Loop Around the Sun 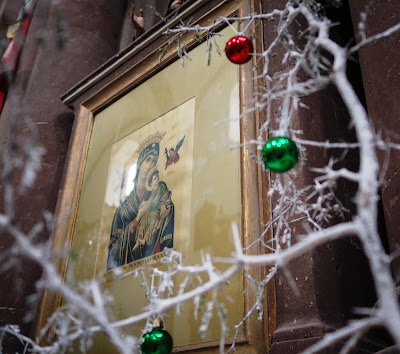 Yesterday on my birthday, Dan Green left this comment for me on Facebook, "Understand you completed another loop around the Sun. Here's hoping you continue to go in circles for many years more!"

I like the idea that another birthday is another loop around the Sun and I really like the idea of continuing to go in circles for many years more. Of course my birthday comes at the end of the year so I'm usually a little bit more introspective when it rolls around. In looking back at 2013 I have to say it has been a pretty good year. I took on some challenges that have been very rewarding.

The thing that has caused the biggest life change for me has been eating healthier and getting into an exercise program with an emphasis on weight bearing exercises. I blogged about the book Younger Next Year. I have not been totally faithful to it but what I adopted into my life has definitely made me feel younger.

I might not ever be in another play but taking a part in one of the plays in San Miguel's Ten-Minute International Play Festival was a huge challenge. I came out of it feeling like I had proven something to myself. I don't know exactly what I proved but it was a great feeling to do something that I never expected to do. And I remembered all my lines which was a greater fear than stepping out on the stage.

The three-week trip I took to Europe was a turning point for me. It came in August a little more than a year after Ned died. A number of cultures make note of a year of morning for a loved one. You never forget them but there is something about the passage of a year of time and being able to move on. Somehow, returning from that trip was, for me,  a marker that gave me permission to move on.

I send my most heart felt wishes to all my readers that 2014 will be overflowing with family, friends, personal growth and a few good surprises just to make this loop around the Sun memorable.

I made the photo above yesterday at one of the Churches in SMA. Kind of a different take on Christmas.
Posted by Billie Mercer at 10:45 PM