The Universe Is Speaking To ME! 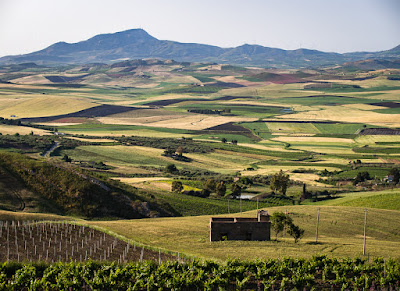 I had three of the weirdest things happen this week within about 36 hours. I wrote an inquiry about a workshop last March. I knew a couple of people who had gone to the workshop last year and it really sounded interesting to me. I didn't hear back and actually I was busy and I forgot about it. This week I received a reply from them and my inquiry was attached but it didn't show a date in March. Instead it indicated that they had received the inquiry on June 18th. I have no idea where it has been. I guess floating somewhere in cyberspace.

Okay, so that is one of the three things. The second one was that I happened to hear that Keith Carter was in SMA and I contacted him and I had lunch with him and some of his friends. Keith will be one of the instructors at the workshop. I've always wanted to take a workshop with him but it has never worked out.

The workshop is Spirit into Matter. The whole workshop takes place in a small village near Florence, Italy in a renovated Villa. The instructors are Keith Carter, Kate Breakey and Jace Graf--all people whose work I know and admire. The other thing that some people might not like but I love the idea is that participants are assigned some times to help out in the kitchen. I hear the meals are made with local produce and that they are fabulous. So in addition to photography I'll get to enjoy a "cooking lesson" or two.

When the Universe speaks to me, I listen. I'm going!

The photograph was taken in Italy when I was in Sicily in 2015.
Posted by Billie Mercer at 3:52 PM