A Religious Travelogue on Palm Sunday

Jesus was on the move today. He started at the Parroquia. I caught him waiting for his ride. 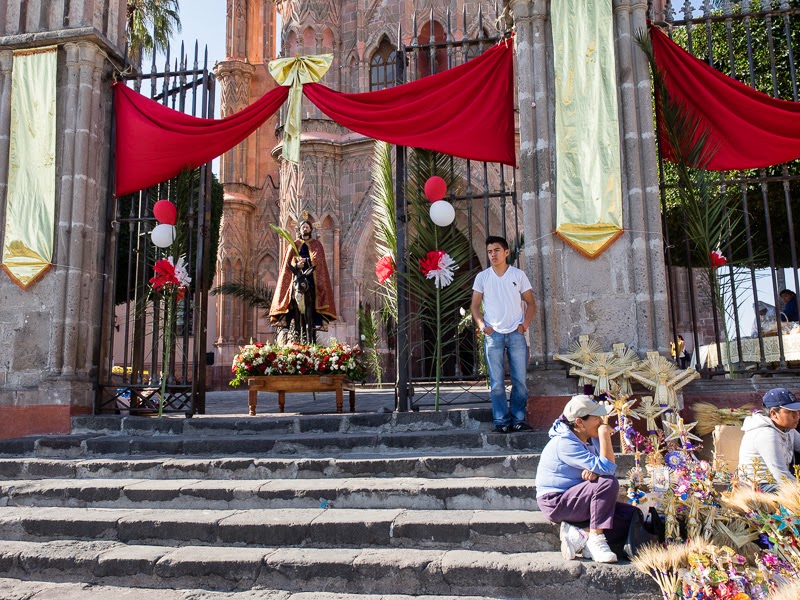 He got a little help from four nice gentlemen. 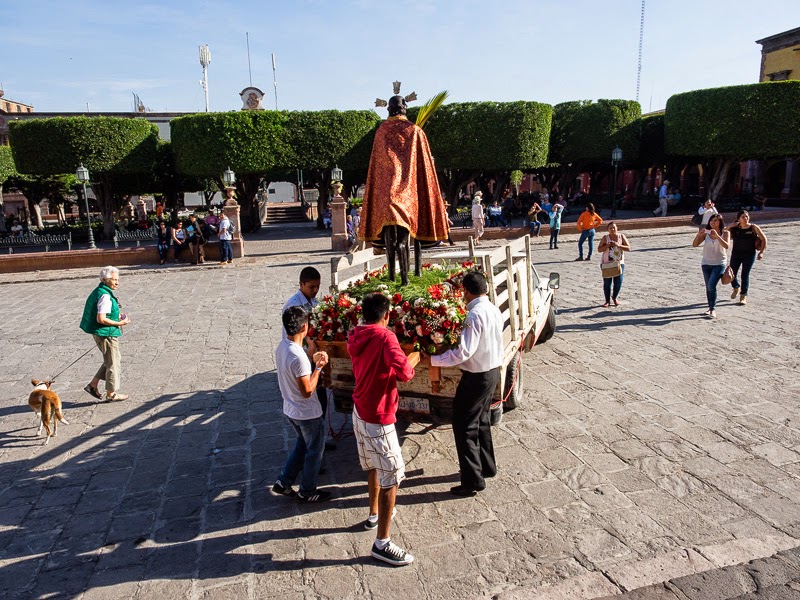 Now he is ready to roll. I hear he is headed to Parque Juarez to join up with hundreds of supporters 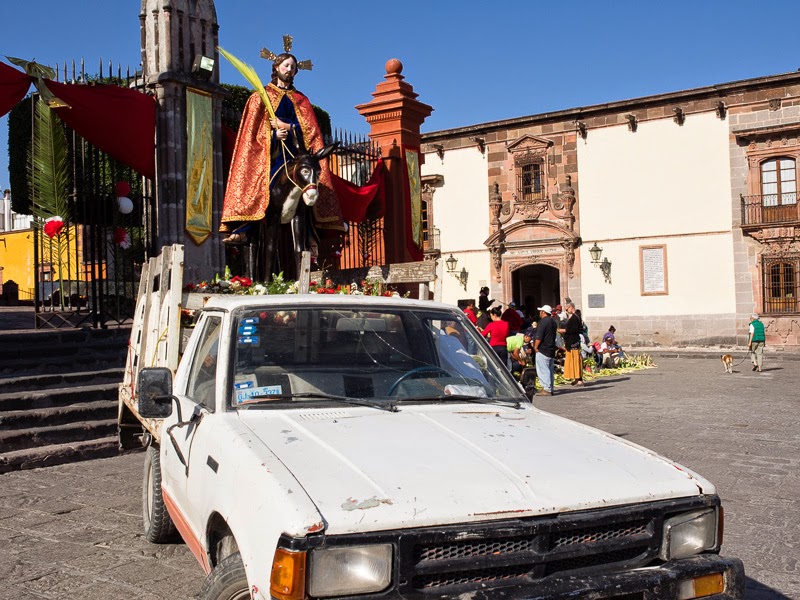 Heading home. He lost his ride but found another form of transportation for him and his donkey and the donkey didn't mind either one. Coming back from the Parque, one half of His supporters cleared a path in front with palm fronds waving in the air and a drum and bugle corps and the rest followed behind him with more songs and more palm fronds. 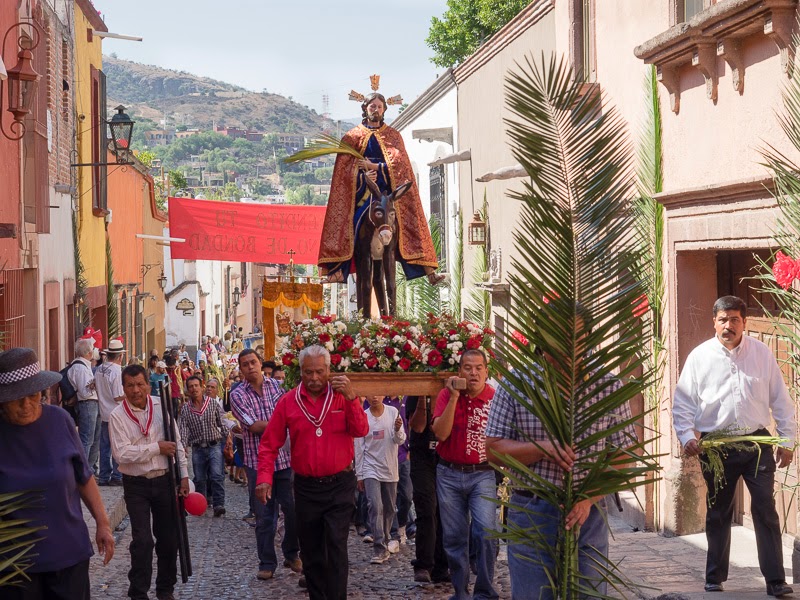 I didn't stay to see the end of the journey but I have heard that he made it safely back to the Parroquia. His supporters went into the Parroquia with him and stayed a while to listen to the Priest and then when the bells rang again they all filed out to go find somewhere to eat Comida. I don't think Jesus will be lonely this week because everyday more processions of supporters will be filing in to say prayers.
Posted by Billie Mercer at 3:03 PM