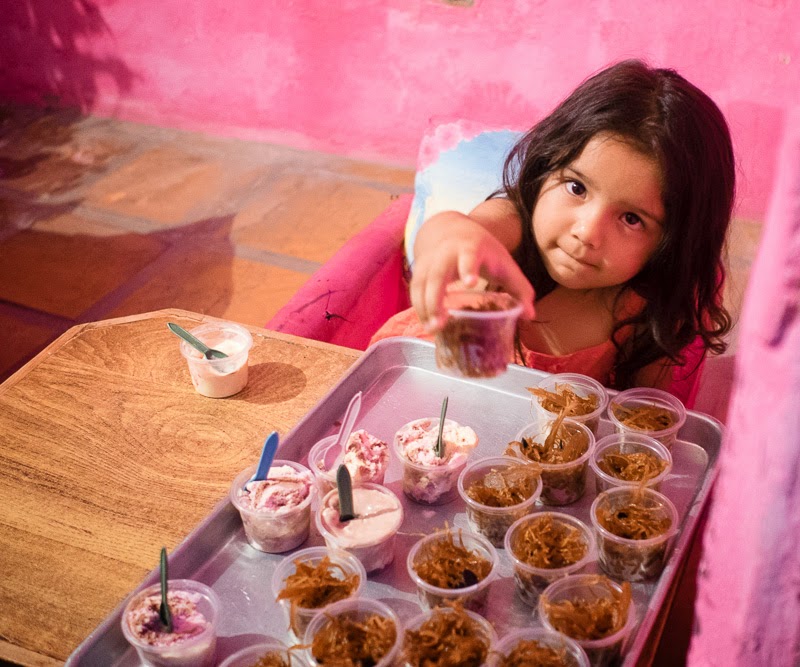 The beginning of the Easter season started last Sunday with the arrival of Senor from Atotonilco to the San Juan de Dios church. Tonight is Viernes de Dolores, Friday of Sorrows. I've written several times in my blogs about this night of altars in homes so I'm not going to do that again but it is likely that every year I'll go out to photograph it. 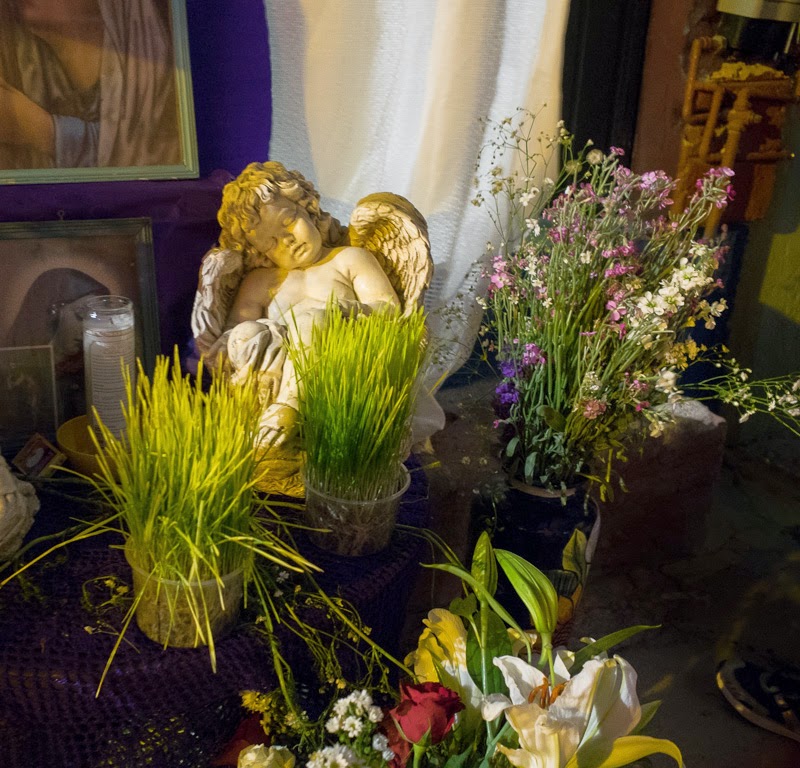 It is hard to photograph. The light is low and usually very yellow or orange and sometimes there are two different colored light sources in one frame or it is a spotlight right into the lens of your camera. I've tried different things to balance the color somewhere between what it was and neutral but I'll probably second guess myself in the morning. A tripod is a hindrance rather than a help and even if you have a tripod people still move. 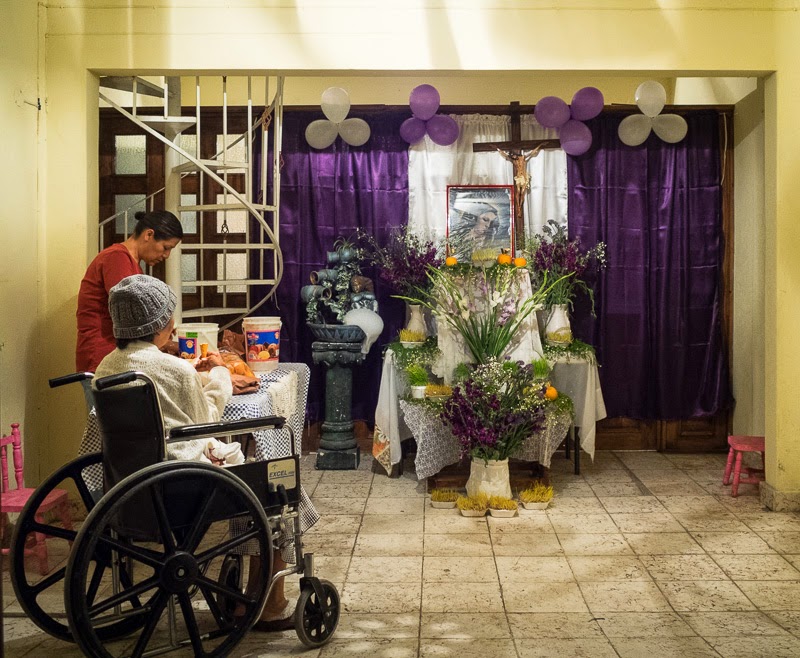 This morning walking home from centro I have found something to add to my list of things to photograph during Easter. It is in front of the Ramirez Mercado where stalls are set up in the street to sell the flowers, herbs and grass for making the altars. The street was shut to car traffic and tarpaulins were stretched this way and that to block the sun. It was lovely. I have already marked my calendar for 2015 so that I will not forget. I hope that by next year I can attach a tag to the file that will send you the wonderful smell of the herbs.

About the little girl in the first image, she is adorable isn't she. I had just stepped in the doorway to photograph the altar and I glanced to my right and there she was, handing me a refreshment. I just hit the shutter button and this time it worked...well with a bit of cropping it worked.
Posted by Billie Mercer at 11:22 PM