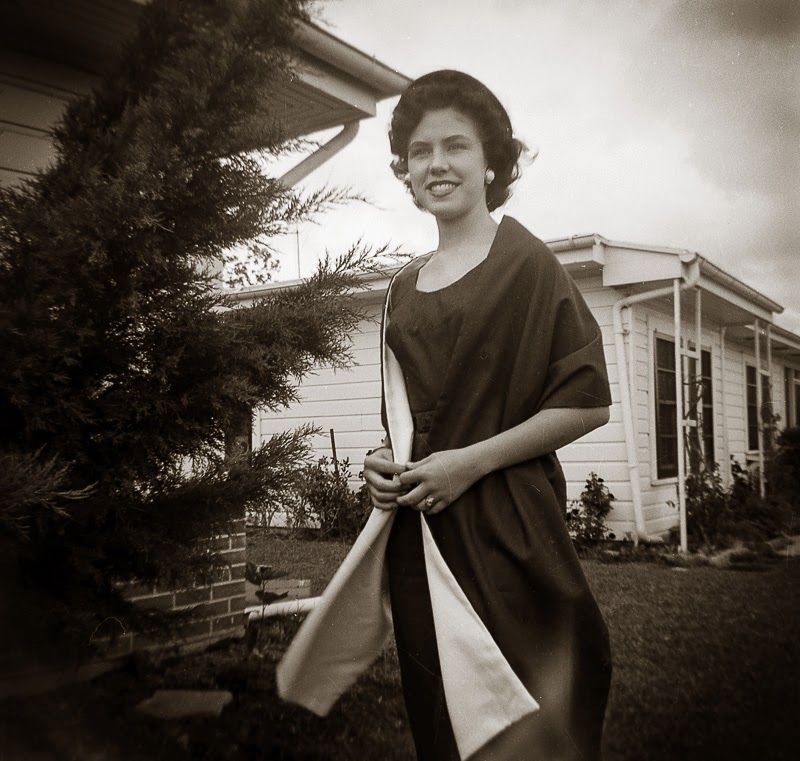 I don't usually look backward but I have been doing that in the last couple of weeks. I've sent in my check for a reservation for my 60th high school class reunion. Actually it isn't the 60th this year. It is the 59th but my class is combining with the class of '54 for the big event. Sixty years! It doesn't seem possible.

The class has had reunions in the past but for one reason or another Ned and I only went to one and that one was a long, long time ago. We kept up with some classmates for about ten or twelve years but by that time some had moved away or across town. Our kids were involved in school activities or sports and we drifted apart over time.

It was a large class of about 400 people and I have to admit that after graduation, it was like I left some of them on the school steps. So my memories of them are that she had long hair or he was in the ROTC or she was going to school in Louisiana. I have a big gap to cover to find out what has happened to them and where they are now. Today, I exchanged emails today with a classmate and in about 15 lines of text he hit the highlights of the last 60 years. I think there is a lot more to learn about between those lines of text. But it was great to connect again.

I've also been exchanging emails with another classmate for the last couple of weeks. What fun that has been. We certainly knew each other in high school but we were involved in different activities. Now that we are connecting again, we are finding so many things we have in common. I don't know why we weren't the best buddies in high school.

Milby High School has been around since the 1920's. Ned's Dad graduated from there in 1933 and so  did Ned's aunts. Ned and I graduated from Milby in 1955. There have been additions to the school since we graduated. It is much bigger but another renovation is about to start. I haven't been in the school since 1955 although I've driven by just to take a look several times in recent years. I've gotten permission to go inside and photograph while I am in Houston this summer. I don't know what I'll feel when I walk through the doors but I hope that my camera will find some of the memories from 60 years ago.

Yes, that is a picture of me. It was made on an Easter Sunday, 1954. I'm wearing a hat. I made my dress and the dress also had a tailored jacket that I could switch with the shawl. Oh, readers, do not laugh. That was the fashion of the day!

Posted by Billie Mercer at 3:54 PM