A Widow and Friends 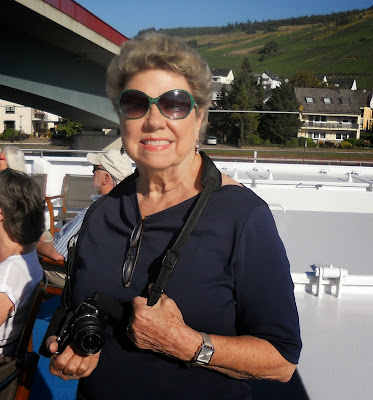 A friend sent me the link to an article in the New York Times titled, "No Husband, No Friends." The article is written by Charlotte Brozek, a widow. I feel so badly for this woman because she is suffering deeply both emotionally and physically from the loss of her husband of many years. She feels she lost her husband and her friends and life is closing her in a "bereavement bunker."

I hope you will read the article and the comments. Especially the comments, because many of those who commented have had experiences that support her feeling that the couple friends drift away after the death of a spouse except for an occasional lunch. I wonder if I would be finding the same thing if I lived in Houston because that isn't my experience here in San Miguel. I feel like all the couple friends that Ned and I had are still there and even take special care to be sure I'm included. Also I am making an effort to make new friends but that really isn't so hard to do in SMA.

After Ned died I decided that I would just say YES to invitations and opportunities no matter how much I wanted to say no and stay home. I had reasons to stay home. Low energy, the effort required to be cheerful, fear of doing something by myself...... But I said, yes. I think that helped me get back on my feet. A friend of almost 60 years lost her husband this year. I told her about just saying YES. She recently sent me an email saying that YES was good advice and it was helping her get back on her feet.

Another thing that I did, was I challenged my fears. I like travel. So just weeks after Ned died, Carly and I did a road trip to Colorado to visit some friends. Three days on the road there and three days back. Above is a picture of me on a European River Cruise taken by Jeanne who I met on the trip. I planned time in Prague and Paris...by myself, not a part of any tour. Now I know, I can do it. I like to give dinner parties but without Ned how would I do it? Even though there were a few hitches the first time, I can do it. I didn't know it at the time but challenging my fears has been very good for me.

Just because I'm doing okay, I'm not denigrating Mrs. Brozek's feelings or experiences because I think if I were living in Houston instead of SMA, I might feel the same loss of some friends. Not my really close friends who I see every time I go back to Texas but the ones who were maybe more just social friends. And because Ned and I did so much together I would have to work at finding new activities in Houston.

Mmm....I don't know exactly how I would find my way but I would not let myself stay in my bunker. Still, I do think being a widow in Houston would be harder.
Posted by Billie Mercer at 5:02 PM