A Wonderful Visit with Kackie 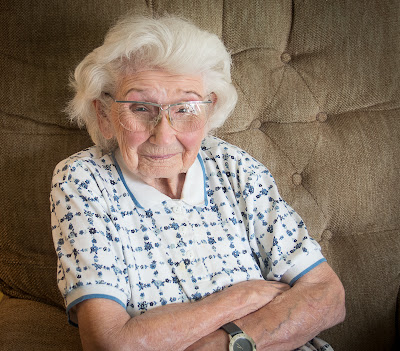 Today I drove to Conroe to see Kackie, Ned's 93 year old Aunt, but after almost 60 years of knowing her, she is as much my Aunt as his. And I don't think she could love me more than if she had taken care of me when I was a baby. I didn't call her until this morning to tell her I was coming because I knew that she would start cooking. A late notice didn't stop her. By the time I got there she had made oatmeal raisin cookies.

She is active in her church. Still drives to church, the grocery store and doctor's office. Her little house is neat and tidy and she still wants to know about every member in the family. Then she brings me up to date on the ones I haven't seen.

Our conversation ranged from what it was like being widows, to our grown children, to finances.  Kackie talked about friends and some of the good times she and Uncle Wayne had. Out of all four couples they were really close to, only one man and she are still alive. I was very touched by that and the realization that she had outlived most of her contemporaries. I wondered how I would deal with that.

She has had some heart issues and now has a pacemaker. Her medications seem to be slowing her down a bit and while her brain may compute a little slower, it can still find any and all data. When I hugged her goodbye she felt so fragile but her hug was strong. Visiting with her today was an inspiration on how to age gracefully.
Posted by Billie Mercer at 8:08 PM