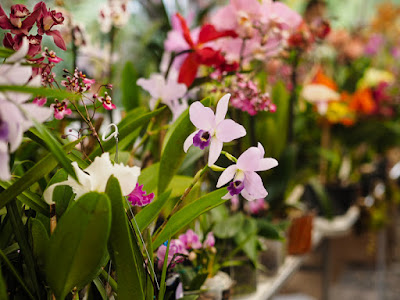 What a weekend! It has been the San Miguel Mercado de las Orquideas which was sponsored by the San Miguel Orchid Lovers. The Orchid Lovers are a group of people in San Miguel who DO love orchids and want to share their love of orchids with other people in San Miguel. It was just one year ago when my friend Mary invited me to join them at their annual dinner. I had grown or maybe I should say I maintained some Phalaenopsis in the past but really didn't know much about orchids. And growing orchids here is complicated by the low humidity. Some orchids require more humidity than others but it is somewhere in the 30-70% range. Some need cooler weather and others warmer. My beginner list was for orchids that looked like they had a fighting change in SMA. I joined the group and I've learned a lot but I think raising orchids could be a life long learning process even if you are starting at a much younger age than I.

This past Friday night was the 2016  dinner and Saturday morning the expo opened with 24 vendors. I wish you could have seen the venue. It is a wide space, kind of a wide alley and both sides were lines with gorgeous, gorgeous orchids. People came, both Mexicans and gringos, and I think all of the vendors did well. At least when I went back this afternoon, the tables still had orchids but they were spaced out a bit.

I had my list of "Beginner" orchids so I thought I knew what I was looking for but I have to tell you that it was so, so easy to be seduced by orchids that were not on the list. I think I did pretty well although I did not stick strictly to the list. 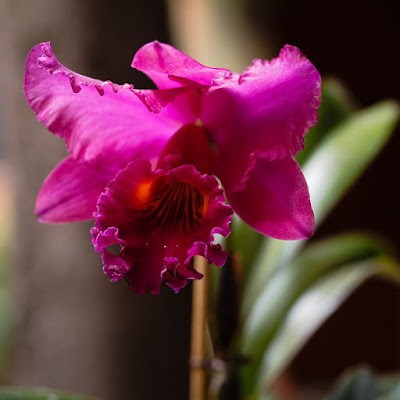 I wanted a cattleya because I didn't have one and they are so beautiful. I have heard that they are harder to grow than Palaenopsis ( you know the one you always see in the grocery store) so I thought I would start with just one. 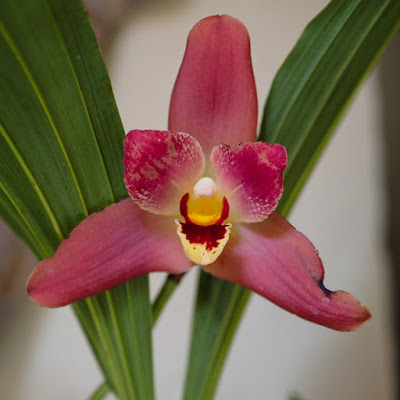 The tag on this orchid is Lysudamuloa (Lys) Red Jewel. I think it might be some kind of cross between Lycaste and something. I liked the flowers and I like the leaves that are large, long and kind of soft.
As you can see I have a lot to learn. 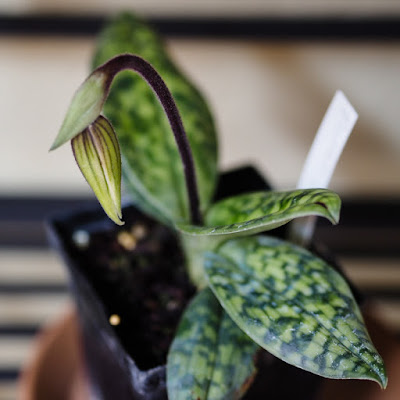 I already have several Paphiopedilum or slipper orchids but I could not resist this one with its variegated leaves. It's tag calls it a Paphio Coloralum. Can't wait for the bloom to open. 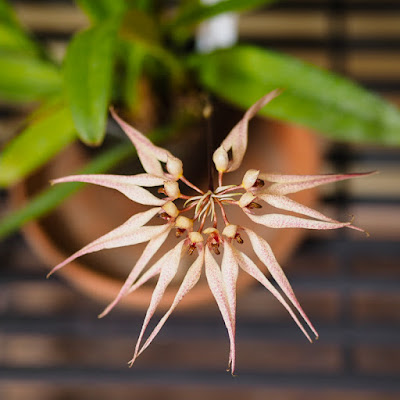 ﻿
If you saw this in the jungle, would you think it was an orchid? It is a Bulbophyllum, Lion King x Annandalei. It wasn't on my list but it was the only one I saw in the whole show so I had to have it. 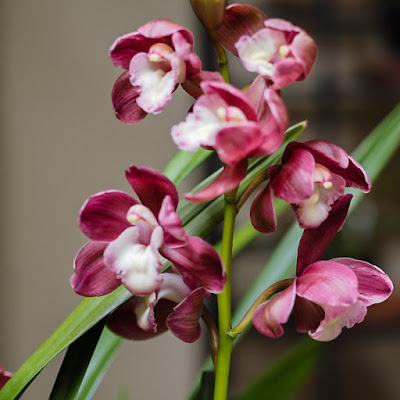 ﻿
Somehow this orchid got to my house without a tag. It is a big plant, about 2.5feet tall and just about as wide and it was heavy. I carried it home from out past the instituto along with a heavy bag with a pot and potting medium. I don't know if the plant had a tag or if it was lost but it is a Cymbidium of some type. Another orchid lover told me that they had Cymbidiums in a pot and it sat outside all year long. There are two other shoots on it with blooms so it should be spectacular for a while yet.

It has been a great weekend but my purse is much lighter than it was on Saturday morning.
Posted by Billie Mercer at 8:09 PM