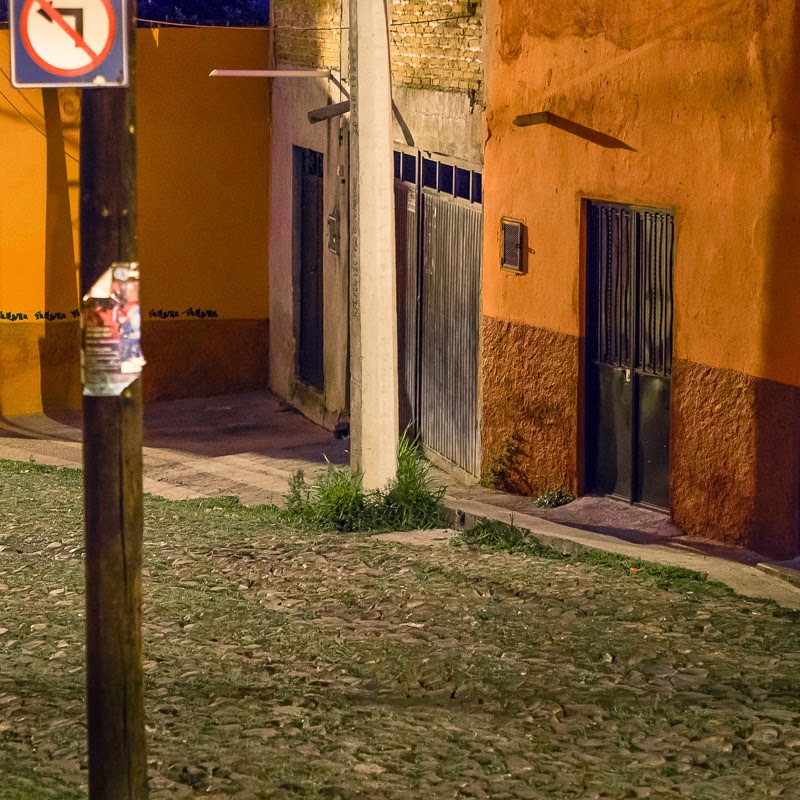 Shot from my front door last night. It was shot at 1/5 sec, f1.8, 1600 ISO. I'm using a 45 mm f1.8 lens on the Olympus OMD E M-1 so it is the equivalent of a 90mm f1.8 lens. The lens weighs maybe 5 oz. I really, really like this lens. It is sharp and has good contrast. A similar lens on a full frame camera would weigh in at a  pound or more and probably cost 3X as much.
This image would have been better, and certainly would make a better print, shot at a smaller aperture and lower ISO and that would require a tripod. I have a small travel tripod but still it would be a nuisance to carry to dinner or a cocktail party. I want to go out to photograph at night with the camera on a tripod and no other agenda but a photo shoot.  I'm hesitant about doing that by myself. If I'm going to do some serious night photography, I need to hire an assistant who can be on the watch for what is happening around me while I'm setting up the shot.
Anyone looking for an occasional night time job?
Posted by Billie Mercer at 4:15 PM