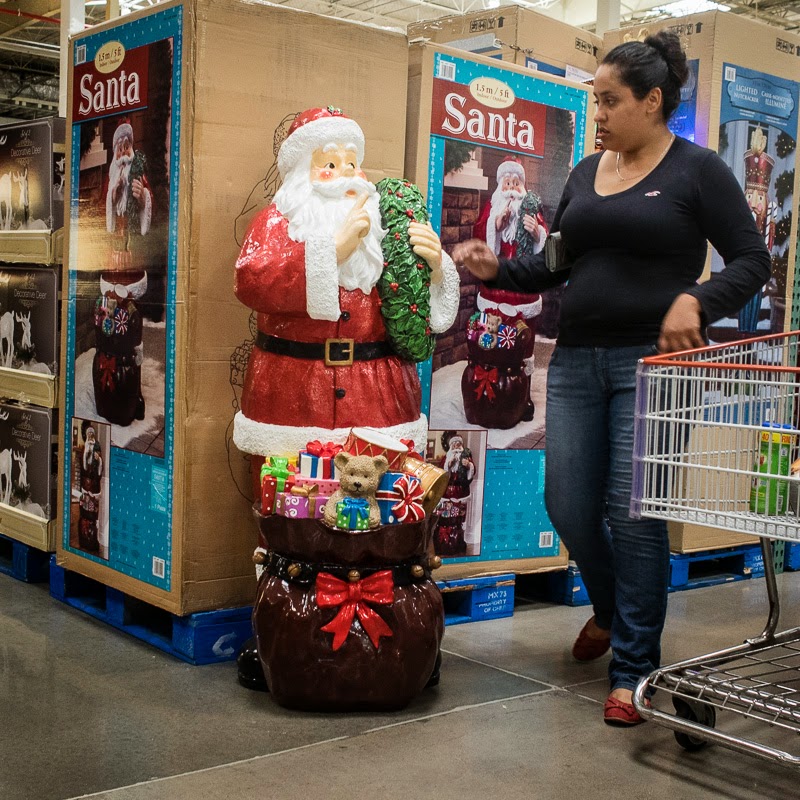 Nope, this is not a picture from 2013. I shot this at Costco last week, August 28, 2014. It is a good four months until Christmas! Okay so maybe the retailers want to encourage us to purchase our Christmas decorations now so that in November we will have more money to spend on gifts. There were two aisles of Christmas stuff. And some of that stuff isn't even a part of the way that Mexico traditionally celebrates Christmas. It isn't suppose to be Santa bearing gifts! In Mexico the three wise men bring the children gifts.

Other than my irritation with the Christmas stuff, the trip to Costco was good. I love the independence that I have with Lola. If the housekeeper tells me on Tuesday that she is low on some cleaning product, I can plan a trip the next day and have her a new "five-gallon bottle" when she comes again on Thursday. I also like being able to drive to Mega when I want grapefruits, a melon, a bag of sugar.....you know the heavy stuff. Then it is a pleasure to shop in the mercados for the daily vegetables that I need.

Back to the Christmas thing. I'm sure that Costco in the US is already stocking their aisles with Christmas stuff as well. But it is too damn early in my opinion. We have other celebrations before Christmas: The San Miguel Festival at the end of September, Day of the Dead at the end of October and for me, a trip to Texas to see family and celebrate Thanksgiving. Christmas in August? No thanks. I'll wait until December.