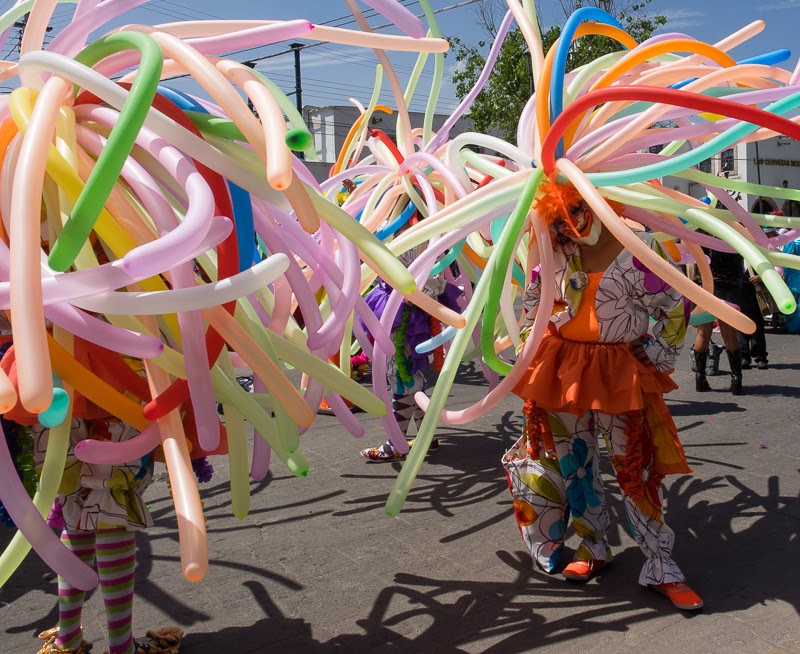 The Locos Parade was last Sunday. I'm running a little behind but I wanted to share the fun. The first time we went to the parade was in the late 1990's. It was a small event at that time. I can remember we were renting a house by the San Antonio church and we had been to the parade in the morning. Later that afternoon we heard music at the plaza in front of the church so we walked over. There were the costumed people from the parade that  morning, dancing. The Mexicans have amazing stamina when it comes to parades and dancing. There were some people watching but we had no trouble finding a place to sit on the steps of the church and watch.

This was the first time I've seen the Balloon heads in the parade. Very colorful. And if you would like to see some more of what I saw click HERE.

Posted by Billie Mercer at 6:45 AM