Dressed to the Nines 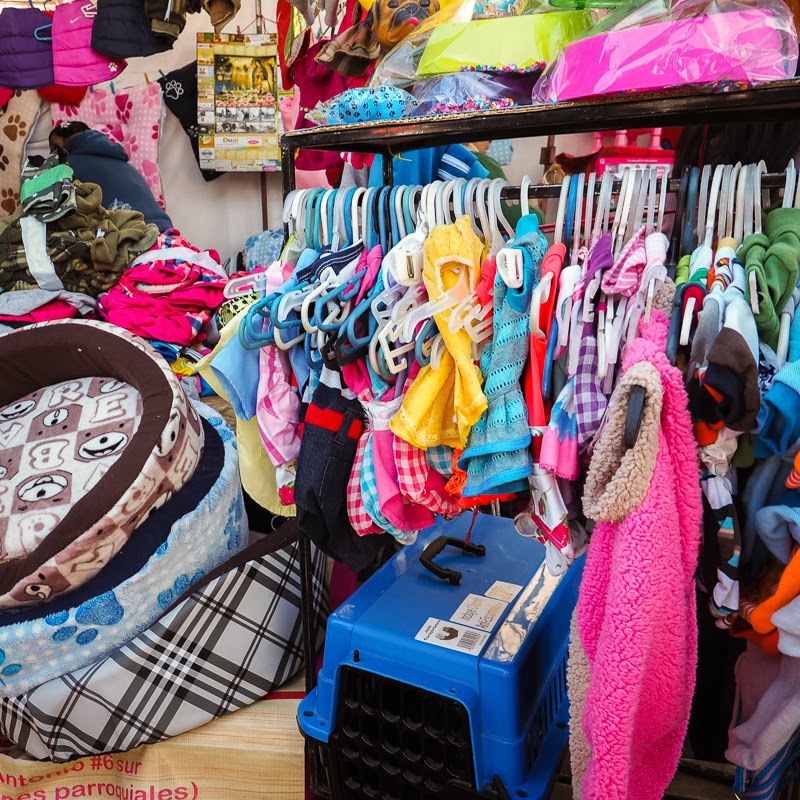 The phrase Dressed to the Nines developed as an extension of the much earlier phrase to the nines, meaning  'to perfection, to the greatest degree'.  Maybe  I should have titled this blog, Dress for the Ca-Nines because it is about Mexicans dressing their dogs in doggie clothes.

When I go into PetSmart in Houston I'm not surprised when I see an aisle filled with doggie clothes but I just wasn't expecting it when I was at the huge sidewalk market for Three King's Day. There was one whole stall with a few dog beds and crates but most of it was filled with doggie clothes. And they were much more creative than the doggie clothes I see at Pet Smart. I had to push my way into the crowd around the stall to be able to take even one photograph. The Mexicans were buying gifts for The Three Kings to leave for their dogs.

Since January 6, I've seen some of the new wardrobes on the dogs. After exercise class yesterday I wish I would have had my camera because there were two little dogs out for a walk with their owner. One was dressed in a zebra striped vest and the other had on a flowered print dress with a tiny little ruffled skirt. They seemed to be very happy in their new finery as they pranced around in the Jardin and they certainly made me giggle. Don't ask me what the owner was wearing. The doggies stole the show.

I think Carly is kind of embarrassed. All she has is a plain old red vest with a velvet collar that I sometimes put on her if it is really cold when we go out for a walk. I think she would like a white dress with a flirty little ruffle.

Posted by Billie Mercer at 3:27 PM