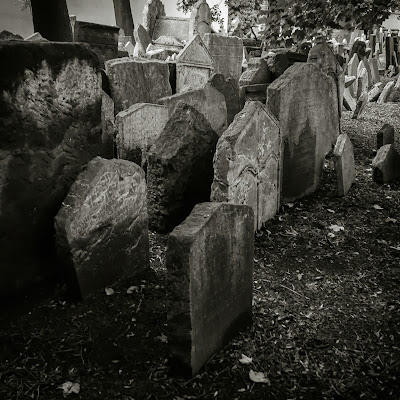 I have to admit that although I took a lot of pictures, most of the time I was just shooting but not necessarily seeing the scene as a finished image. But when I was in the Cemetery of the Old Jewish Quarter in Prague I saw it in a dark monochrome. I saw it in square format. I wanted it to feel as dense and compressed as it was. 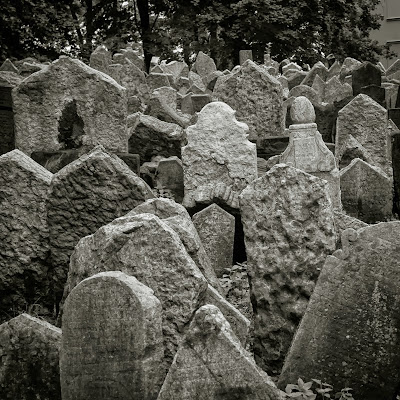 This cemetery was established in the first half of the 15th century. Jewish law forbid Jews from destroying a Jewish grave and in particular they were not allowed to remove a tombstone. Also, they were forbidden to bury Jews outside of the Jewish Quarter so purchasing extra land was impossible. When they ran out of space more layers of soil were placed on the existing graves, the tombstone was sometimes lifted and more people were buried. This resulted in the cemetery having 12 layers of graves and tombstones packed densely. Although this is not a very big space, it has been estimated that there are approximately 12,000 tombstones presently visible, and there may be as many as 100,000 burials in all. 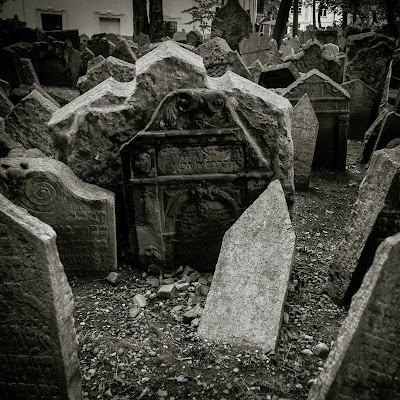 Seeing the image as I wanted it to be in a print was pre-visualization. I was totally aware of this as I framed images although my camera shows me a rectangular color image in the viewfinder and I was totally aware of how I would process this file in Lightroom. Ansel Adams, the father of pre-visualization, would have been proud of me. Maybe his spirit was sitting on my shoulder for a little while that day.
Posted by Billie Mercer at 9:37 PM