I'm in Houston, a city of over six million people. What are the chances I would end up in a medical waiting room with three other women and one of them would also have a house in Guanajuato, Mexico. Small chance! But add the improbability that we would both count Phyllis who also has a home in San Miguel as a best friend.  I'm sure that a statistician could figure the probability but whatever the number is I'd still be amazed. 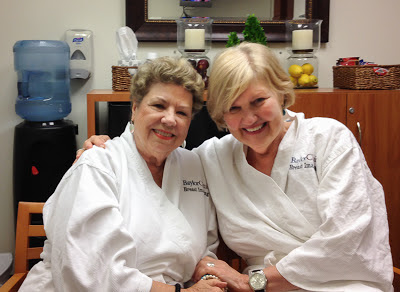 The two of us were so shocked, we asked one of the other people in the waiting room to take a picture of us.

Ha! I thought these kind of things only happened in San Miguel de Allende.
Posted by Billie Mercer at 7:20 PM