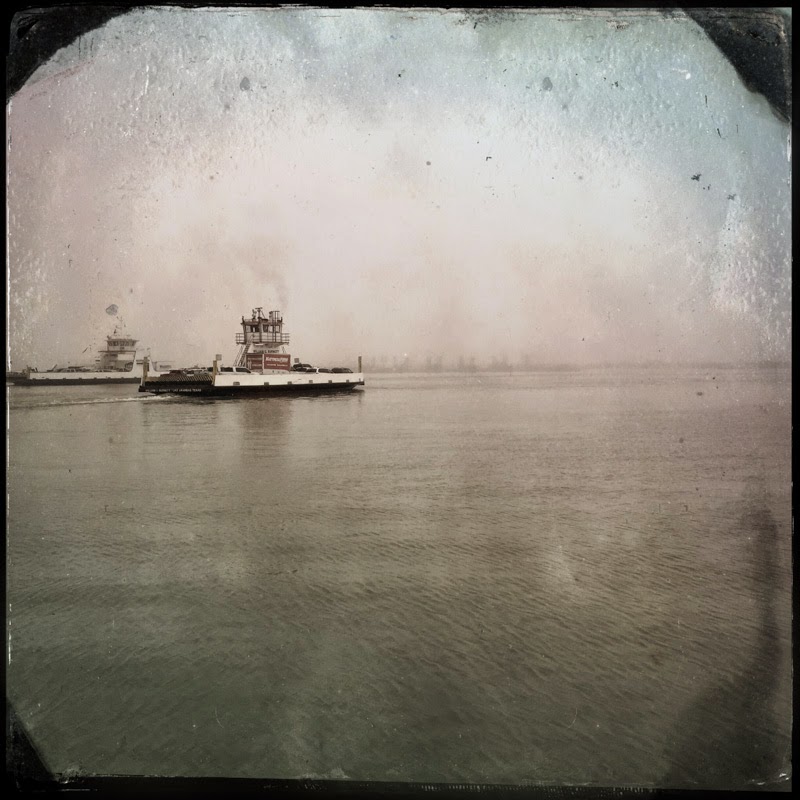 After a breakfast of eggs, sausage, biscuits and grits at the Island Cafe with my friend Frank, he headed out towards Corpus Christi. Actually he was not going to Corpus Christi, he was looking for the blue lines on a map that would take him to small communities north and east of Corpus, the places where he can find his images.

I picked up my camera bag and headed out too, into a heavy, wet fog. First to the beach and the life guard stations. I've already photographed them in sun and in overcast light from clouds but that wasn't quite what I wanted. Maybe the fog would be it. It was so quiet on the beach. Very few people and the fog seemed to muffle the sound of the waves as well as the sight of them until you were close to the water. The horizon was lost.

After I photographed the horizon and the life guard stations, I headed over to the ferry docks. The ferry boats would look good in the fog and perhaps a tanker would glide past as well. I was close to a couple who were fishing and while I waited for a tanker we struck up a conversation. Guess what? They were about my oldest son's age and she went to the same high school that he did. She didn't remember him because she was a couple of years older. And then we discovered that her family had lived in the same subdivision that we did.

Once again, I'm reminded, it is a small world.
Posted by Billie Mercer at 12:41 PM