Instead of a Christmas Tree.... 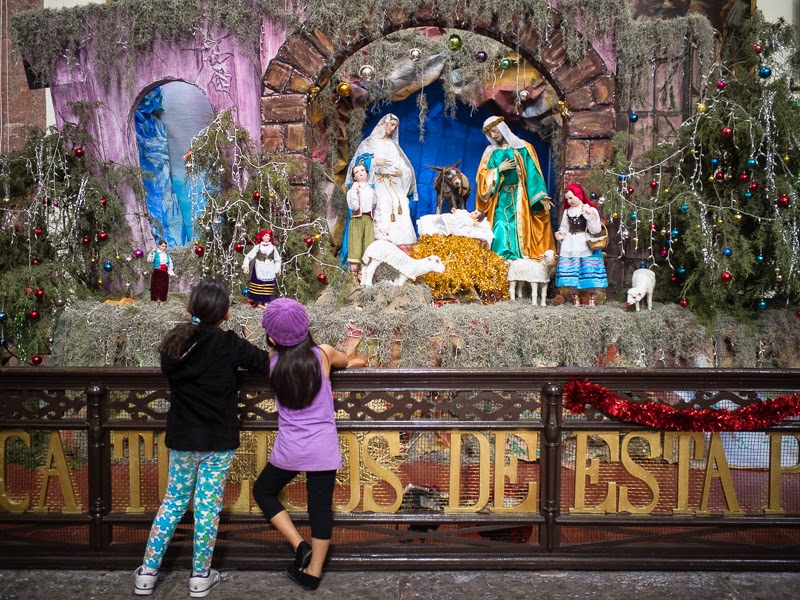 Instead of a Christmas Tree, Mexicans celebrate  the birth of Jesus with a nativity diorama in their homes, businesses and churches. I've seen them before made with some live vegetation and moss but gradually I'm seeing them decorate the vegetation as we would in the US with Christmas lights and glass balls. This manger was in the Monjas church. I was in the church for quite a while and these two little girls were standing in front of the diorama pointing and whispering to each other. I was kind of waiting for them to move on and then it dawned on me that they "made" the picture.

Since before Christmas I've been trying to go to all the churches to photograph their nativity scenes but most of the time I've been in town and ready to photograph there was a Mass going on. Today I thought that finally I'd get in the Parroquia because from what I can see from the back of the church it looks like they have a colorful and twinkly scene. Nope. The main floor of the church was decorated with white roses and roped off in anticipation of a wedding. I'll have to go back again. I'll also have to go back to the San Juan de Dios Church. The doors were closed. Although the doors of the churches in the Centro are almost always open, the San Antonio and the San Juan churches are closed except when there are services going on. 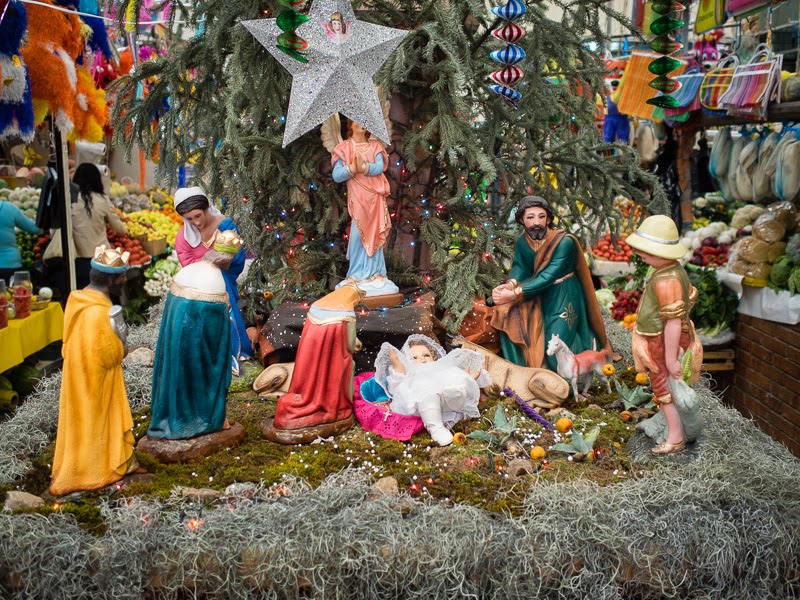 This nativity scene was in the San Juan de Dios Mercado. Actually there were two nativity scenes in the Mercado. In both of them the baby Jesus was disproportionately large for the other figures in the scene but then he is the principal character.

While I was at the Mercado I checked to see if any of the stands were set up to sell toys and candies for Mom's and Dad's to buy presents for their children for Three King's Day. Not yet so I will go back.

I love the Nativity scenes. So appropriate for remembering the reason for Christmas.

Posted by Billie Mercer at 3:51 PM