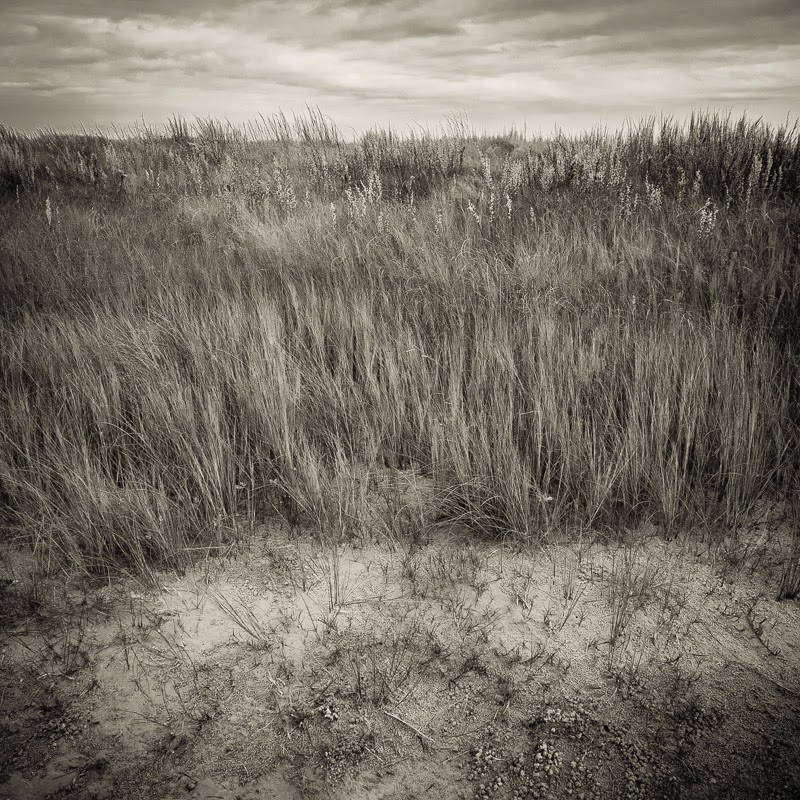 The book project about Port Aransas and the Mercer Logs has been on the back burner for a while but I have spent a good part of today, if not putting it on a front burner, at least I've turned up the fire a bit.

First of all I had an email from someone who is a relative of another one of the earlier settlers on Mustang Island. She was doing some ancestry research and came on my blog. Then, I also have a friend who has seen some of the images and a bit from the logs and almost every time I see him he asks me when I'm going to finish the book. I'm also wrapping up another personal book and I learned a lot putting it together and that encourages me to go back to the Mercer Logs.

I made this image the last time I was on the Island. The Mercer's called their place Rancho del Mar and they ran cattle and farmed. This picture of the grassland was made on the bay side of Mustang Island. Looks like it could still be a good place to have cattle but I have only seen a small herd one time.

Today, in a word processor I typed in more of the potential book text from the logs and I gathered all the pictures that might fit the text in a book folder. So as I have said, I've turned up the fire.
Posted by Billie Mercer at 3:51 PM