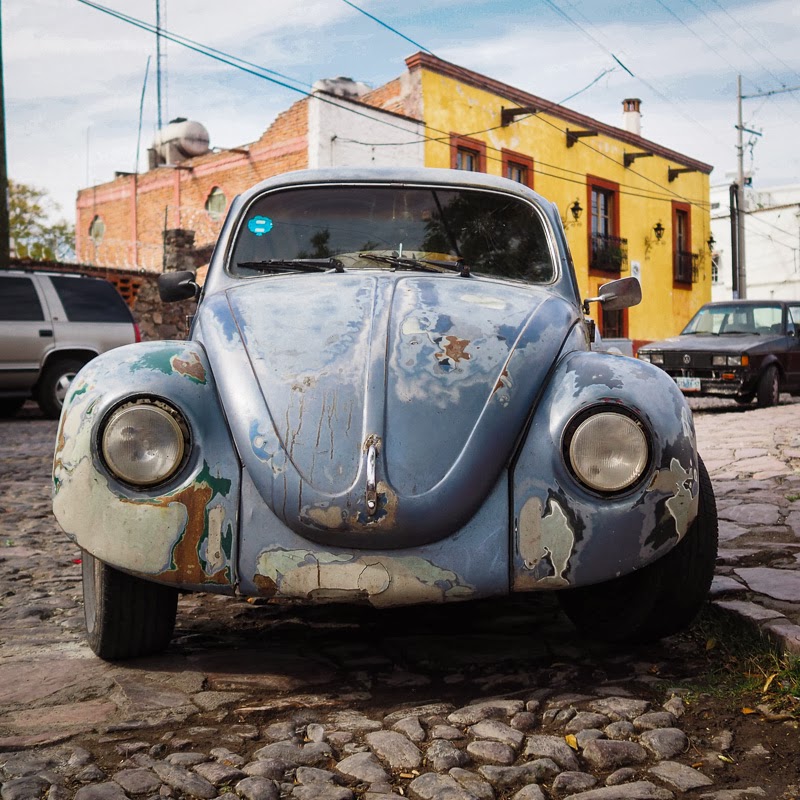 Before four Volkswagen Beetles arrived in Mexico in 1954 for an exhibition featuring German industry, Mexicans mostly owned big imported American cars that carried big price tags. The small and less expensive Beetles caused quite a stir in the Mexico City exhibition and by 1961 a few hundred Volkswagens a year were being assembled in Mexico from kits shipped in from Germany. 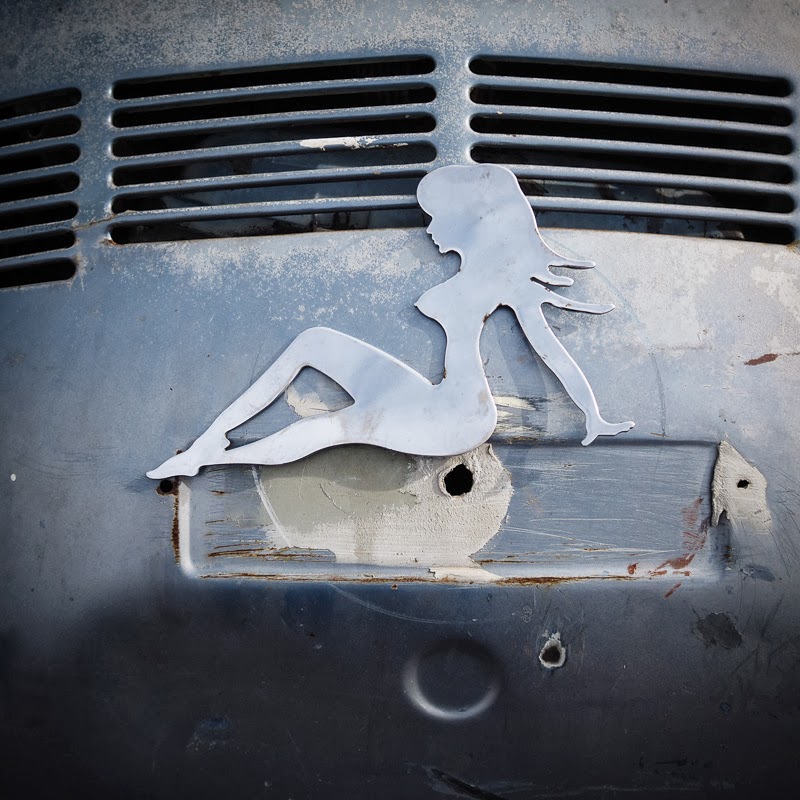 In 1967 Volkswagen opened an auto plant in Puebla and started cranking out the little cars. After Germany cancelled production of the Beetle in Europe in 1978, Mexico exported the car to a number of European countries.

When we started coming to Mexico in the 80's there were a lot of Beetles on the street. Let me correct that because there was not anywhere near the density of cars on the street as we have now but the Beetle was a high percentage of them. Mexico City's taxis were mostly Beetles or as the Mexicans lovingly call them Vochos. 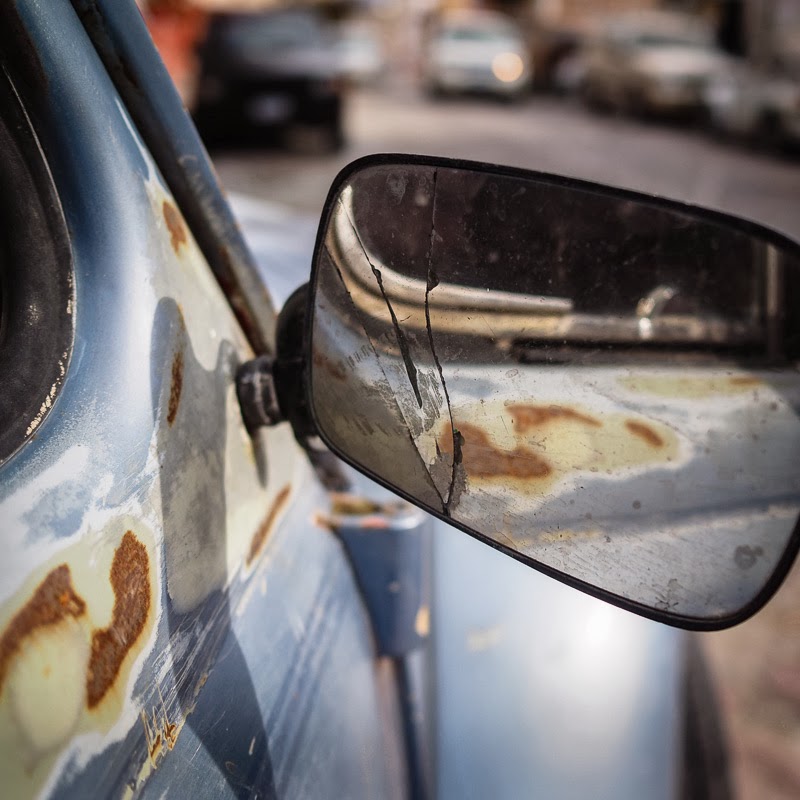 But all good things come to an end. Production of the Mexican Vocho ceased in 2003. But that doesn't mean they are gone. There is a Vocho that lives on the street behind me and it is still a working car.

I think this Vocho that I photographed was a 1993-1995 model because of the shape of the vents on the rear "hood." I'm sure some of you car guys can identify the exact model and year. How do you guys do that?

At any rate, this particular Beetle has seen better days and since it survived San Miguel's cobblestone streets for almost 20 years, it explains why Mexicans loved them.
Posted by Billie Mercer at 10:16 AM