My Internet Was Down 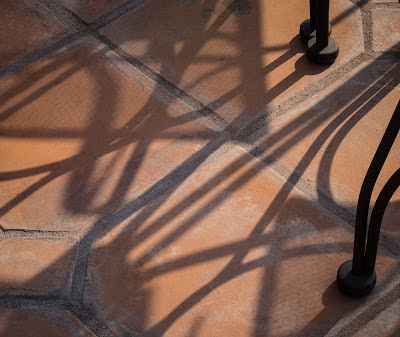 Today there was a segment on Sunday Morning News about our dependency on Smart Phones and Tablets. Some people even say they are addicted to staying in touch all of the time and become anxious and depressed when they can't. I can relate to that feeling. This past week I was without Internet for four days. That means that I could not get email, I could not do searches, my Vonage phone did not work. I was totally out of touch with my family. This week there were reasons that I really, really needed to be in touch. Sooo, I was anxious, depressed and angry.

The Internet being out reminded me why it is hard to live here. I can put up with the bells, the roosters, the noise in the hood, the shopping challenges but doing business in Mexico seems terribly complicated and customer service is so far from the US model that it is hard to recognize that it exists.

You can't call the cable company and tell them that your cable is out. Oh, there are phone numbers but no one ever, ever answers. The only way to let them know is to go there, take a number and wait in line. I estimate that the cable company is about 3/4 of a mile away from my casa. I walked there, took my number, waited and reported that my cable was out. They told me that they would check it out in the office and call me in the afternoon if they needed to come to my house the next day. It was two days later when the cable guy showed up at the door but the Internet had started working about 30 minutes before he knocked. He told me it was a system problem but he checked out my modem anyway.

I was ready to switch to TelMex for the Internet and I still may. Some people I know have both MegaCable and TelMex because they do business via the net and they can't be down for several days at a time.

All of this just points out how dependent we have become on technology. When we first started coming to San Miguel there wasn't such a thing as Vonage phones or MagicJack or Skype. And the Internet was slow and not dependable at all. No one had a cell phone of any kind much less a Smart Phone. In fact, it could take you a year to get a phone line in your house. Here we are 12 or 13 years later able to connect with the world. And we expect that technology to be available all of the time or we start to have withdrawal. I think it is stuff like this in San Miguel that just snowballs for some people until they decide to head North. I wasn't a happy camper last week but I'm not heading North.

The image is of shadows on the terrace. I have a new photo toy I'll tell you about in another post.

Posted by Billie Mercer at 8:11 PM